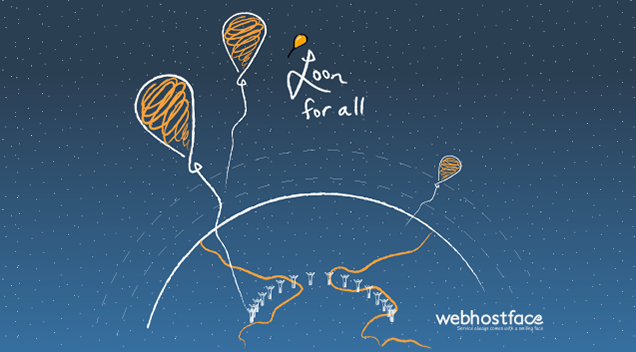 I am constantly amazed by the clever ideas people come up with each day – the hydro-car, the invisible bicycle helmet, the purse organizer – all those are remarkable inventions. But when a smart idea can result in helping the whole world…well, that just makes me regain faith in humanity.

Project Loon is such an idea. In case you have not heard about it yet – let me brief you. Loon is a project developed by Google, which aims at delivering Internet service to all parts of the globe. It might be hard to imagine that the virtual world some take for granted is but a foreign concept to others, still in reality over 60% of the people on Earth have no access to the Internet whatsoever. In Africa, the number of online users amounts to the meager 16%.

The main reason for this is quite obvious – some countries are so impoverished they cannot sustain the technology to provide easy Internet access to their population. To lay on and maintain fiber cables is far beyond the capacity of the governments in developing countries, which can barely afford medical care, food or even drinking water. That is why the scientists of Project Loon have discovered a relatively cheap and efficient alternative to fill in Internet coverage gaps – with the help of balloons! Naturally, those are not the ones you get for your birthday party, but specially designed frothy-nine-feet-wide polyethylene envelopes, that float at over 12.5 miles above the surface of the Earth. They are equipped with circuit boards and radio antennas, so that they can create an Internet network in the sky. Being powered by solar energy and wind, as well as recyclable, they are completely environmentally friendly. In June this year began the first “test drive” of the Project Loon when 30 balloons were launched above New Zealand. The results were more than promising.

The benefits and opportunities that such project uncovers are numerous. The Internet will deliver information to areas with little or no access to television, newspapers or radio, where people are unaware of what is happening in their own country, places with social or political disinformation. Medical, business or other help can be easily transmitted online. Men and women who have never even seen a postcard from abroad will be able to travel the world in a single click. Most importantly, access to the Internet will make education possible to millions, who never before have been able to afford it.

So such project should be embraced by all, right? Not really. While poor countries have everything to gain from it, there are also those, who are threatened by the possible outcome of the Project Loon technology. Companies down the chain of Internet service provision fear that although currently aimed at third-world countries, the project may eventually become a global practice, leaving them out of business. Others speculate that Project Loon is being developed by Google solely for profit and its main goal is finding a way to exploit uncultivated markets. And naturally, the biggest opposition constitutes of those who have no use for a new generation of better-informed, better-educated thinkers in the third world.

Yet, whether you support the idea or not, the Project Loon definitely marks a huge step forward in terms of technological progress. And if there is one thing human history has proven is that once it gains momentum, progress cannot be stopped.

Surfing Safely: How to improve your online security

7+1 Most popular websites in the World – How are they built?