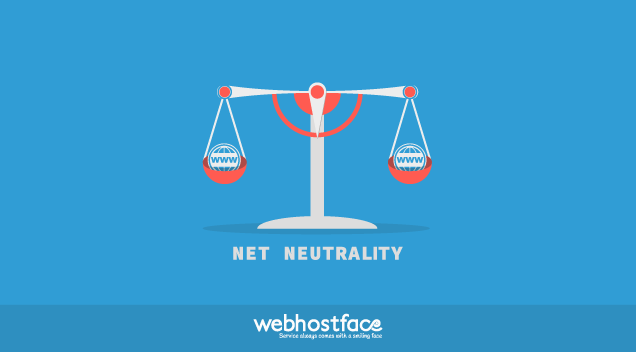 In only a couple of decades, the Internet has grown from being a luxury service, available to only a few, to a common necessity for business, entertainment and growingly – personal life. Older generations have gradually gotten used to it, while the Millennials can hardly imagine a world without it. Yet, although the Internet is such a great presence in our lives, we are not always aware of its rules and regulations. Thus, one of the most widely-spread delusions is that the Internet is by default widely accessible and equal.

Many people were forced into realization last year when the term “net neutrality” started appearing in more and more news and public discussions. So let’s see:

What is net neutrality?

It is basically the principle that all internet data should be treated equally, regardless of who provides or distributes it. And by equally, I mean in each aspect: speed, accessibility and availability (of legal content, naturally).

Who benefits from Net neutrality?

Thanks to the level playing field online, start-up businesses have the chance to grow and develop solely based on content, visitors’ approval and their own entrepreneurship skills, without being heavily restricted by governmental institutions. If people like a small-scale website (for example, online streaming or social networking) and want to use it, they can do that with the same efficiency as they would a huge corporate one. Having the freedom to explore and use whichever service suits their tastes and needs is undoubtedly valuable for all average online users.

So who could possibly be against it?

You have probably guessed by now: big broadband companies. What they are saying is they want to create a system of “fast” and “hyperfast” lanes. Both speed lanes would be controlled by the internet provider, but they claim companies will not be forced to spend money to get on the “fast” lane, but rather they can pay to get on the “hyperfast” lane. However, it is only logical to assume that if major cable companies and internet providers have control over internet speed, that would be the end of the fair play between large websites and start-ups as the former will be able to provide “hyperfast” connection, while the latter will have to work with whatever the provider decides to give them.

Is there an actual danger?

The idea of net neutrality is supported not only by users and start-ups but also by big corporations like Google, Facebook, Netflix, which themselves have hugely benefited from the internet’s equal treatment to start and develop their businesses. However, on the other end of the scale are the huge cable companies, which have not only have the resources, but also the lobbying to heavily influence the government’s decision-making. For example, in 2013 Comcast Corporation, the largest cable broadband company, was the second lobbyist in expenditure (after military-industrial complex Northrop Grumman), and last year spent a little over $3.2 million in electoral funding for both Republican and Democratic candidates. The current chairman of FCC (Federal Communications Commission), the main telecommunications regulator in the US, is the former top lobbyist for cable companies Tom Wheeler.

Where are we now?

As of June this year, despite the objections of industry moguls and cable company lobbyists, the FCC has enforced a set of net neutrality rules, which gives the commission the power to regulate and ensure data is distributed fairly online. European Parliament has already outlawed network discrimination, along with most countries around the world. In fact, Russia, China, and Myanmar are the only three countries which have been confirmed to have no protection for net neutrality.

However, in many countries telecommunication companies plan to challenge net neutrality laws in court. Members of the US Congress have also been pushing “open internet” legislation which to effectively overturn the FCC rulings and the influence of cable companies’ lobbyists is too considerable to ignore. On the other hand, due to the often overly complicated presentation of the issue, the general public lacks the information and therefore, the tools to oppose unjust internet practices.
But if we want to keep the internet open and equal for all, it is up to us to stay informed and wary of the possible threats and malpractices. You can visit the official website of the Global Net Neutrality Coalition.

What you need to know about Facebook Instant Articles?

Surfing Safely: How to improve your online security