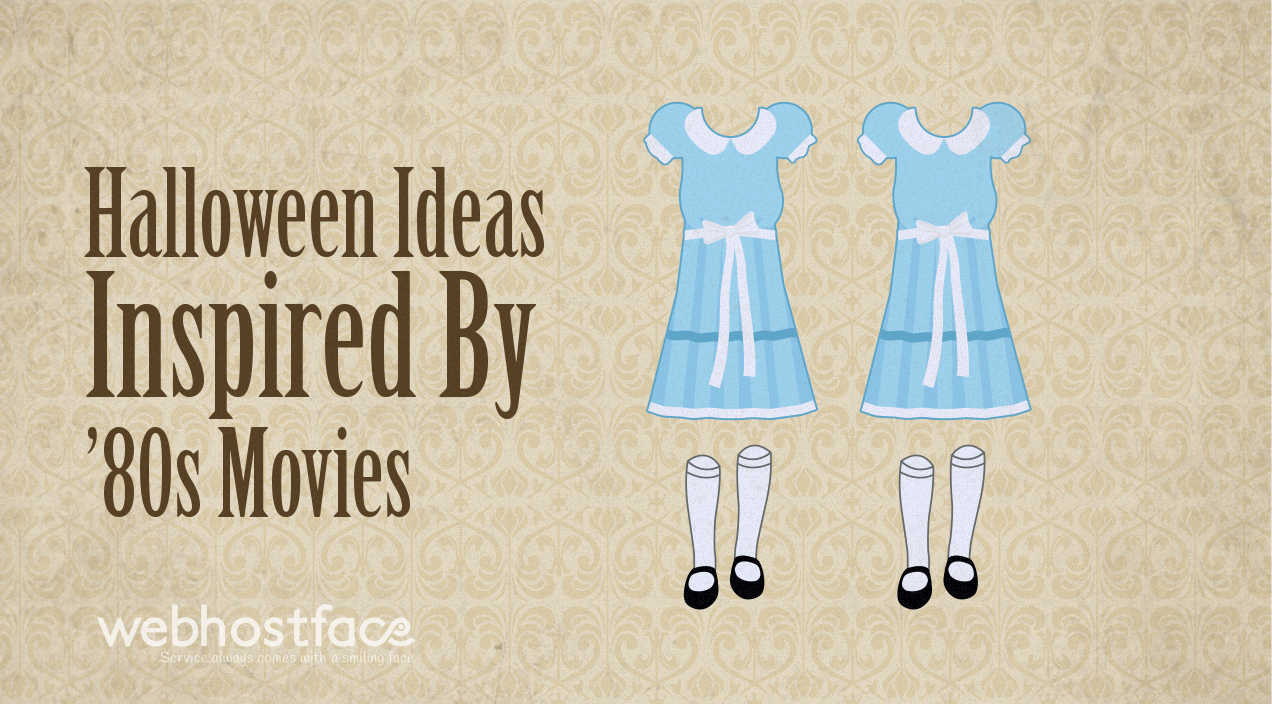 In the spirit of our #throwbackhalloween game, we decided to take a look back at some good ‘ol 80s movies for Halloween inspiration! If you still haven’t come up with a costume, check out our totally rad suggestions.

This 1986 classic provides an endless source of quotes and references, as well as some brilliant ideas for a Halloween costume that is simple, yet very macho. All you need is a pair of aviator sunglasses, a flight jacket, and a white t-shirt. Of course, you can go even simpler with just a pair of denim jeans and a volleyball.

If you went to high school in the ’80s you probably already have everything you need to dress like a character from The Breakfast Club. You can choose from a wide selection of adolescent stereotypes: the weirdo, the geek, the athlete, the Prom Queen, and, of course, the rebel. And if you can get four more ’80s-loving friends, that would make a great group costume.

A film, which has brought tears to the eyes of many ever since its release in 1982, E.T. gives you two options: the elaborate overall costume of a brown alien with long shining fingers, or a red sweatshirt and a bike.

If you want to scare the bejesus out of everyone around you, transforming into a possessed living corpse is always a good choice. Invest in plenty of make-up and don’t be afraid to act evil and crazy. Of course, you can always dress up as Ash – the heavy-armed protagonist of the whole franchise.

Played by the great Harrison Ford, Indiana Jones is one of movie history’s most awesome adventure heroes. All you need to have for the costume is a brown fedora, a brown leather jacket, and most importantly – a whip.

The fantasmagorical horror comedy Beetlejuice was a hit in the year of its release and gradually gained an even bigger cult following. The film, which established Tim Burton as a dark but quirky director, is full of colorful characters you can recreate – all of them perfect for Halloween!

When the horrific talent of Stephen King and the directorial genius of Stanley Kubrick come together, the result is a timeless horror classic like The Shining. Once you see this flick, your nightmares will be filled with bloody elevators, corpses in bathtubs, and creepy little girls. The twins in The Shining will work as a costume only if you find another horror fan to dress-up like you and walk around with you the whole evening.

I can hardly imagine a person who hasn’t heard of the original Ghostbusters film or at least the original theme song by Ray Parker Jr. If you take this movie as an inspiration, you can choose to either be one of the good guys (or gals) or maybe a “something strange in the neighborhood”.

Do you have any other ideas for a costume based on a ’80s movie? Have you ever dressed up as a character (or a thing) of the ’80s? We’d love to see your outfit and read your comments. Follow us on Facebook or Twitter and post a picture of yours from a previous Halloween with #throwbackhalloween and mention @WebHostFace!

Coronavirus – How To Protect Yourself And Your Business?